Following our recent price analysis from two days ago, when Bitcoin broke above the mid-term triangle formation at approximately $11,600, the king of the cryptocurrencies ignited its engines!

Following the breakout, the parabolic action continued, and after reaching $12,000 just two days ago, $13,000 was breached hours ago.

It seems like the Bitcoin party is far from over. The RSI looks nice and bullish, the volume of the buyers is supporting the trend, and there is also the daily Tether printing that has already proved its relationship to the surging Bitcoin price.

However, such volatility can trigger deep corrections, and a 10% surge can quickly lead to a move of that size in the bearish direction. Also, Bitcoin’s price is getting very close to the 2019 high zone ($13,880), which is also a legendary long-term Fibonacci retracement level. This will be interesting for sure.

The latter could be an obstacle for Bitcoin, but in the case of a breakout, the road to the $20,000 all-time high would become reachable, due to the fact that there is not much in the way of resistance along the way.

Daily chart’s RSI: The RSI confirmed the bullish momentum and invalidated the negative divergence, breaking above the last local top at 62. As of now, the RSI is facing the 70 resistance level. The Stochastic RSI oscillator has done a crossover and entered bullish territory (as mentioned in our previous analysis).

Trading Volume: a beautiful green candle of buyer’s volume supported the current spike. However, we are still not at the levels of the past $13,800 capture. 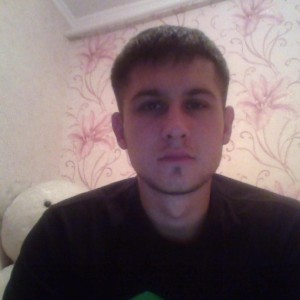 Bitcoin Price Showing Bullish Signs of a Break-Up Back To The $10,000 Area? BTC Analysis